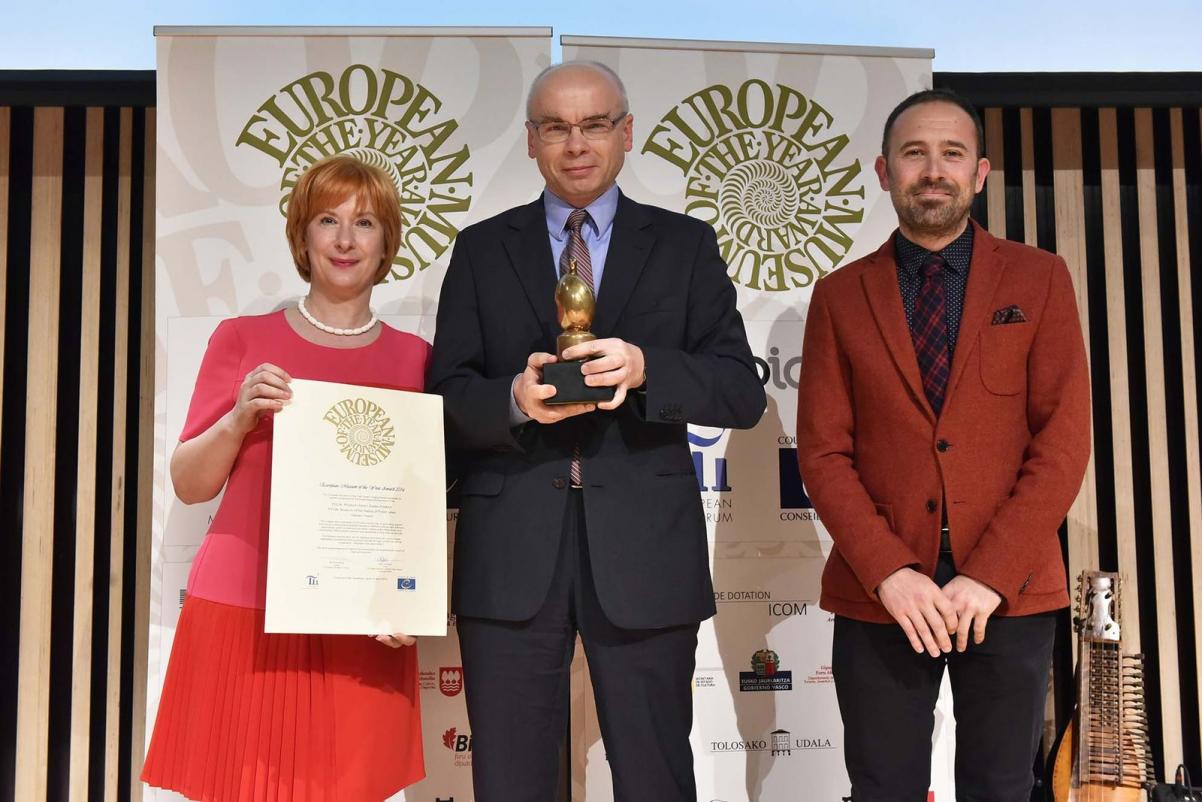 The 2016 European Museum of the Year Award was presented to POLIN Museum at a ceremony on April 9 in San Sebastian, Spain. This is the first time in the 39 years of the award that a museum in Poland has received this award. The winner holds The Egg, by the celebrated English sculptor Henry Moore, for the year of the award. The jury wrote:

The long-shared history between Jewish people and other people of this region of the world is one of a continuously negotiated co-existence through conflict as well as cooperation, integration and assimilation. For very large and very diverse audiences the POLIN now serves as an absorbing place to confront and examine the perpetually relevant questions of how a co-existence, however fraught, can suddenly transfigure into an absolute rupture, into the near eradication of a whole population and destruction of a culture.

Forty-nine museums from 24 countries were finalists in this year’s competition. The European Museum of the Year Award, the oldest and most prestigious prize for a museum in Europe, was established in 1977 under the auspices of the European Commission. The jury looks for “enterprise and innovation that enhances the public quality of the museum” and “new developments that are likely to have a significant influence in the national and international museum field.” The grand prize “goes to a museum which contributes most directly to attracting audiences and satisfying its visitors with unique atmosphere, imaginative interpretation and presentation, a creative approach to education and social responsibility.” The award to POLIN Museum was widely reported in the Polish and international media.

The EMYA Award confirms that POLIN is a museum of the highest order. The jury, prominent experts who visited hundreds of museums all across Europe, were enchanted by our well thought-out core exhibition dedicated to the 1000-year history of Jews in Poland. The jurors also praised our ability to address difficult issues in the spirit of mutual respect and understanding. They took note of our comprehensive educational and cultural program and the wide array of events aimed at a very broad and diverse audience. We are delighted that our museum was deemed worthy of this prestigious prize and of the most important European award of its kind. I convey my most sincere congratulations to our founders, donors, partners, and most remarkable team.

Polin meets the criteria for this prize at its maximum. It is not just an excellent museum but a state-of-the art cultural institution that reaches diverse publics all over the world. That is why it deserves the title of a ‘Total Museum.’ The diversity and variety of its activities and the scope of its aims and goals makes it a unique institution with a worldwide impact. The institution meets the criteria for the European Museum Academy Prize perfectly.”  (The jury verdict of the European Museum Academy Prize 2016)

Congratulations to the POLIN Museum of the History of Polish Jews and its superb team!